Address to the citizens of the Republic of Slovenia, the guests of said great nation, and the general public.

Señor V.G.A. and Dr. af Urpelainen will present their recent findings in the field of parapsychology, consisting of no less than first ever proof of existence of life after death. Having discovered the Key of Afterlife and the Secret of 4th, 5th, 6th and 7th Dimension, the aforementioned Philosophers have gained complete mastery of these Worlds and their inhabitants. In interest of advance of Science and Happiness, owing eternal Gratitude to generous support from Svetlobna Gverila festival, the Philosophers will reveal the Secrets, simultaneously undeniably proving the existence of Afterlife on 6th of June in the Year of Lord 2016 at half past nine in the most respected and highly regarded Gallery of Arts Nočna izložba Pešak, Metelkova, the exhibits being viewable every night thereafter after sunset.

Free entry for every Lady and well behaving Gentleman.

The display window gallery Pešak invited me to do a show. Simultaneously I was engaged in some talks with Svetlobna Gverila about producing a piece for the festival. As these two parties were also interested in collaborating, it was agreed that I present a light show for Svetlobna Gverila in Pešak.

At the moment my supernatural explorations were in such a phase that I wanted to do something relating to spiritualism. At the time I considered spiritualism to be a particularly idiotic system of thought, seemingly being based on magician’s tricks and outright fraud. I wanted to similarly “prove” the existence of afterlife. After some thinking and development of ideas, I set the theme to be appearing and disappearing shapes, inspired by tricks utilized in spiritualist seancés. 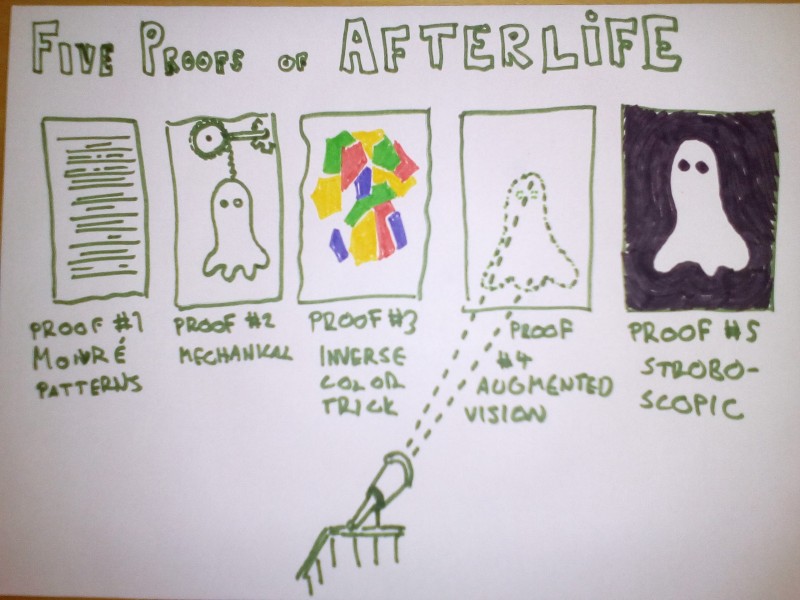 Storywise, the idea was that these illusions were actually scientific discoveries that managed every now and then to catch something from the other side, thus proving the existence of afterlife. Initial description contained five different ideas. My plan was to explore these ideas and also other during the development phase, then show the ones that were the most spectacular.

The amount of work seemed quite high, and I also like to work with other people, so I asked Damian Vega Velasco to join me. We shared a studio at Tovarna Rog at the time, and it had turned out that he also had an interest in illusions of ghosts. This was the first time I worked together with Damian, and the collaboration turned out to be very fruitful.

Development of the project mostly happened during a period of one month before the show. We set up a laboratory in Rog and started experimenting with different ways of creating illusions. Experimenting and implementing five different pieces in as many weeks turned out to be quite large task. Too large, in fact, as we got only four ghosts to operate in the end. However I am very happy with the ones that we put on display, showing very satisfying combinations of light effects, mechanisms and electronics. 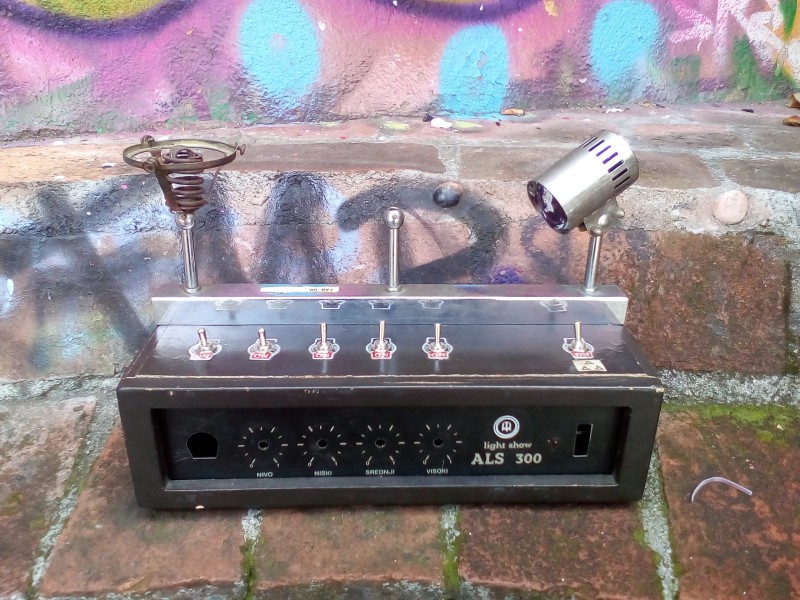 I have a strong interest in performance and story telling . It also turned out that Damian had actually been a member of a theatre group. Thus we added a performance to the show, assuming the roles of Señor V.G.A. and Dr. af Urpelainen. In the opening gala, these two scientists presented the results of their research into the paranormal. The style of performance was comic extravaganza, consisting of flipping five switches one by one and presenting the ghosts as they appeared.

The Specter between the Lines 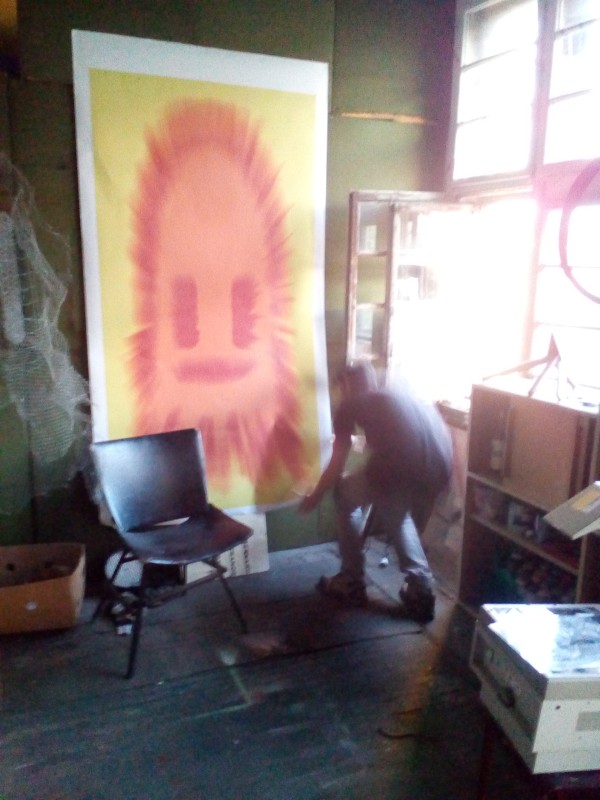 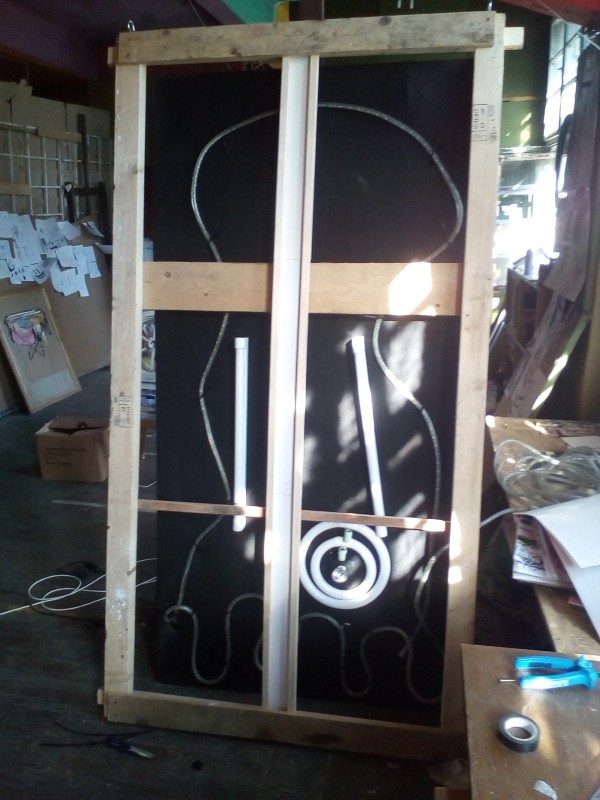 Different lights switched on and off. 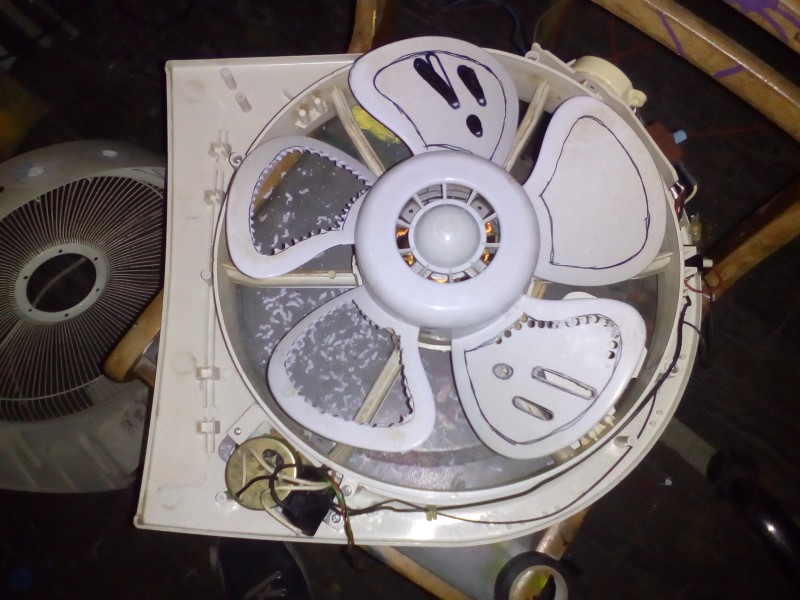 This one did not ever work.

A further exhibit only to be revealed at the Gala 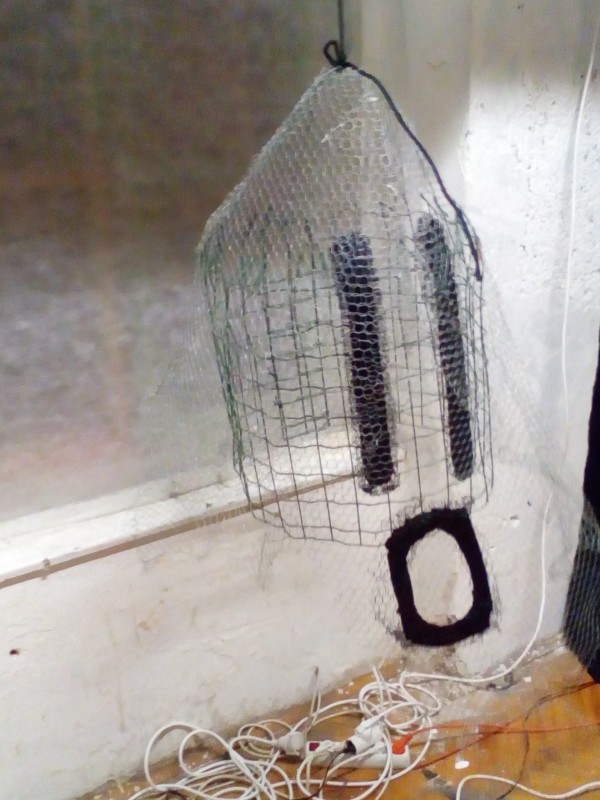